The main thoroughfare from Sta. Rosa to Tagaytay is a vital artery, a bustling corridor that makes for easy trade and transport between the South and Metro Manila. It’s a fresh and emergent locality: its accessibility has allowed for communities to thrive within its fold. With its wide open spaces, it’s prime territory for true Southern living.

The highway that connects Sta. Rosa to Tagaytay is a crucial artery of commerce and transportation between Metro Manila and the South. Westborough’s address in Barangay Inchican, Silang, Cavite can be accessed from Metro Manila via the SLEX (South Luzon Expressway). Silang is approximately 45 kilometres south of Manila. Commuters from Metro Manila can take the Mamplasan (Greenfield Exit) or Sta Rosa Exit, while residents of Makati City and Bonifacio Global City will find that Westborough is only a short drive away from their office or residence.

The municipality of Silang is categorized as a first class landlocked municipality in the eastern section of Cavite province, boasting a population of 248,085 people (based on a 2015 census) in an area of 209.4 square kilometres (i.e. a density of 1,200 inhabitants per square kilometre). The majority of its residents are Roman Catholics. Besides Westborough, it is home to the Philippine National Police Academy, PDEA Academy, Cavite State University, the Maguyam Industrial Complex, the Daichi Industrial Complex, and the head office of the International Institute of Rural Reconstruction head office. It is known for its cool and refreshing climate, and is now part of the Manila conurbation expanding southward toward Lipa City. Silang is bound by General Trias, Dasmariñas and General Mariano Alvarez (GMA) in the north, by Amadeo in the west, and Tagaytay in the south.

Paulo Ong, division manager for Alveo Land’s Project Development Group, noted that Westborough investors will have access to a captive market that exceeds 6,500 households. He also estimated that the Laguna Technopark industrial estate (which is located 5 minutes and 3 kilometres away from Westborough) alone employs over 101,000 working professionals.

Westborough also benefits from being in close proximity to several hotels and prime retail and leisure destinations. This includes Microtel South Forbes, Seda Hotel NUVALI, NUVALI Solenad 1, NUVALI Solenad 2, NUVALI Solenad 3, Paseo de Santa Rosa, Rustan's Supermarket, The Fields NUVALI, Republ1c Wakepark NUVALI, and the Enchanted Kingdom amusement park. Microtel South Forbes resident general manager Marinelle Braña has observed that the hotel location near the Laguna Industrial Park allows it to cater to wealthy Japanese expatriates, while its location near four key leisure destinations – “the South Forbes golf course, Enchanted Kingdom amusement park, Sky Ranch Tagaytay, and nearby sports facilities in Nuvali” – allows it to benefit from regular guests who are keen on exploring the recreational opportunities the region has to offer. Westborough’s positioning as the key commercial destination within the region will also allow it to tap into the attractive leisure segment in this area.

Those with medical concerns will have easy access to Southern Luzon Hospital & Medical Center, while religious and civic-minded residents will be conveniently located near the St. John Bosco Parish Church, St. Benedict's Church and Our Mother of Perpetual Help Parish. 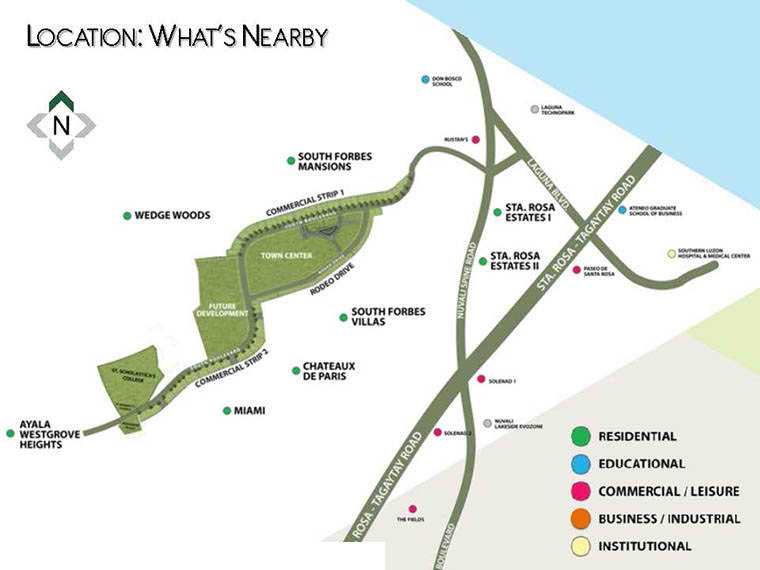 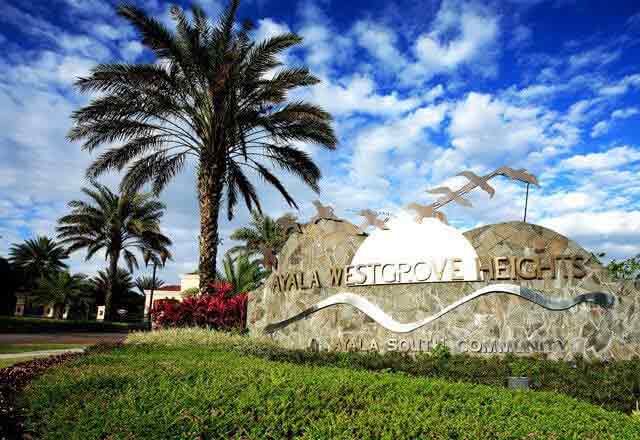